We offer almost every title from the following systems:

Arcade titles, Neo Geo, Laser Disc Arcade Games, Nintendo Console Games, Sega Genesis, and Super Nintendo Games (every console system includes every title ever released).     Your Arcade game will also have pretty much every arcade game title that was ever released between the 1970's - early 2000's.   This game set up features an awesome animated game menu with video/sound.

IF YOU HAVE ANY QUESTIONS REGARDING THE TYPES OF GAME LISTS WE HAVE ON OUR SYSTEMS, PLEASE FEEL FREE TO CONTACT US! 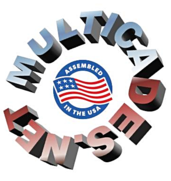